Egra: Union Transport Minister Nitin Gadkari on Monday claimed that the West Bengal government did not cooperate with the centre over the proposed port at Tajpur, besides driving away an automobile company from the state.

Addressing an election rally at Egra in the Purba Medinipur district, the senior BJP leader said the parties that ruled the state failed to meet the aspirations of the people, and to eradicate poverty and unemployment.

“As the transport minister, I had taken the initiative to bring a big automobile firm to Nandigram but the Trinamool Congress government drove the company away,” Mr Gadkari said.

He said that during his as tenure as the shipping minister, he had taken the initiative to build the port at Tajpur in the district. “Had the port been functional now, thousands of youths would have got employment. But we did not receive any cooperation from the West Bengal government,” Mr Gadkari alleged.

The minister said that the centre has also allocated ₹ 33,000 crore to the state as a part of the Sagarmala project, meant for modernisation of the ports, improving connectivity and creating port-led industrial development. Mr Gadkari said that the people of West Bengal have given chances to Congress, CPI(M) and TMC to govern the state but all of them failed.

“Now, people of the state have decided to usher in change and bring BJP to power. I am sure that BJP will form the next government in West Bengal,” he said.

The state will develop under the leadership of Prime Minister Narendra Modi as with BJP in power here, the government at the state and the centre will be the same, Mr Gadkari said.

“The TMC government has to be removed. I urge the people of Egra to press the button in favour of the BJP in such a way that the current, which will flow, will raise Mamata Banerjee from her seat by three inches,” the minister said. 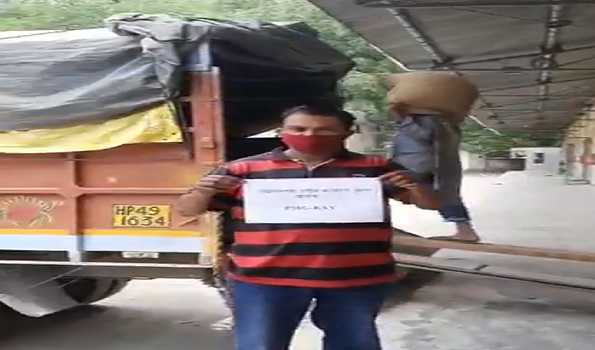